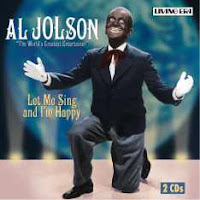 To act up/show off/attempt to attract attention by ostentatious behaviour. When Andy Murray plays a shot between his legs he could be seen as 'showboating'.

Originally an American term it has crossed the Atlantic, particularly when discussing sport

The term refers to the theatrical performances produced on the riverboats on the Mississippi and other American rivers in the late 19th century. But the verb 'to showboat' only dates back to 1951 - and perhaps also refers to the great theatrical performer, Al Jolson. Jolson's 'black facing' was beginning to become controversial at this time - and the term 'showboating' perhaps reflects cultural disapproval of ostentation.