What is Advent? Where does the word come from 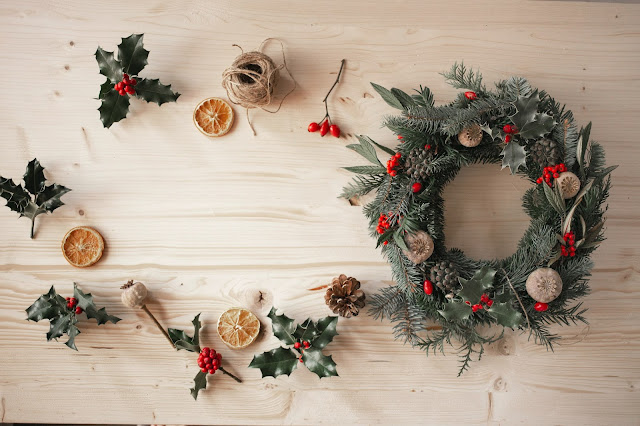 Photo by Milada Vigerova on Unsplash

The word Advent  originates in the Latin word for 'coming'. It describes the immediate period leading up to the birth of Christ.  In the church calendar, this starts on the Sunday nearest to November 30 - November 28 in 2021. 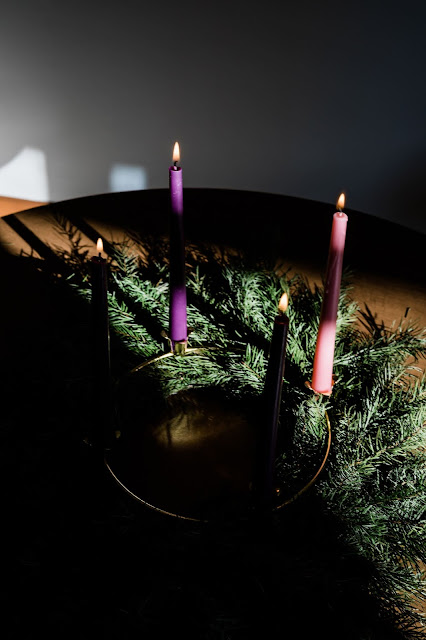 Photo by Grant Whitty on Unsplash
The lighting of the Advent candle is the key custom from a Christian perspective. The wreath symbolizes the the journey from Adam until the awaited Second Coming - evergreens representing the eternal nature of  God.
The wreath holds four equally spaced candles. The three purple ones are lit on the penitential Sundays. The pink candle is for Gaudete, the joyful third Sunday in Advent.

Another Advent custom is that members of the congregation each look after  a statuette of the baby Jesus for twenty four hours.

The singing of 'carols' originated from pagan mid-winter festivals but developed into the modern tradition  during the 19th Century. Carol singing has been particularly popular in the Anglican church. This is formalised in the Service of Nine Lessons and Carols - most famously from Kings College, Cambridge.

For most Christian denominations, Purple is the traditional colour of Advent. It is used for hangings around the church and for vestments during services.

In he Lutheran tradition, blue, representing hope, is the colour most associated withAdvent.

A lesser known aspect of Advent in the Catholic tradition is the association with preparing for the Second Second Coming of Christ. This features more strongly before 16 December.

The keeping of a special calendar is the most universal tradition associated with Advent  This  originally relied on near universal familiarity with the story of the Nativity. 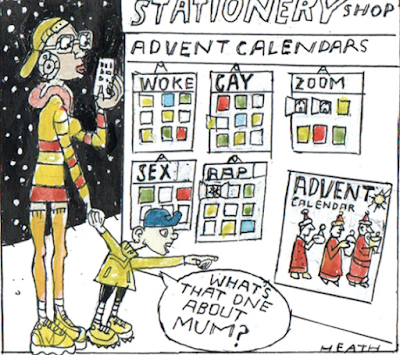 Modern commercial Advent calendars often have no religious iconography calendars. Sometimes they do not allude to the Nativity at all - a point satirised by Heath's cartoon in The Spectator.

Where does the world Nativity come from?