What is cognitive dissonance? 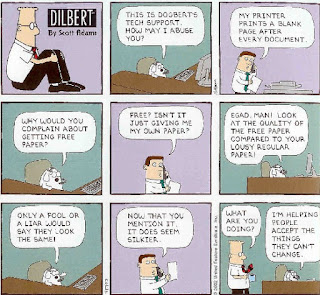 Cognitive dissonance describes the tension caused by having two apparently contradictory thought processes simultaneously - wanting to smoke while knowing smoking is bad for you, for example.

Is it a new term?

The phrase was first introduced by Leon Festinger in his 1956 book When Prophecy Fails. He studied the way believers in UFOs dealt with empirical evidence contradicting their deeply held beliefs.

In general English the term is often used when describing how politicians deal with 'inconvenient' data. Examples can be found at all points on the political spectrum.