Where does the word 'posh' come from? 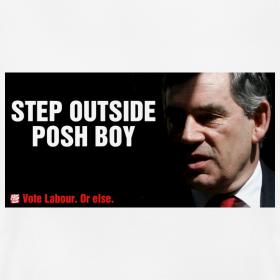 Not from the accommodation arrangements on ships to India as is commonly claimed.


The story goes that the more well-to-do passengers on ships travelling between England and India used to have POSH written against their bookings, standing for 'Port Out, Starboard Home' (indicating the more desirable cabins, on the shady side of the ship). Unfortunately, this story did not make its appearance until the 1930s, by which time the term had already been in use for some twenty years. Added to this, the word does not appear to have been recorded in the form 'P.O.S.H.', which would be expected if it had started life as an abbreviation. (Source)

A more likely source is the 1890s slang word for a dandy, but there is no agreement about origin.
english language etymology posh slang words