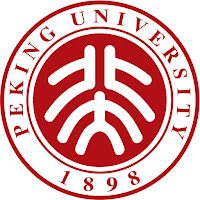 This is a question which still causes great confusion. Is the name change essentially political, an assertion of Chinese nationalism? Then why is still Pékin in French and Pekín in French?

The Economist's Johnson Blog (named after the great dictionary pioneer) confidently put forward a theory last year - only to quickly withdraw it after protests from commentators. I personally go with the idea Peking is the Cantonese form of the word.  This is what I was told when I lived in (Cantonese speaking) Hong Kong and seems to make sense.