Showing posts from June, 2021
Show All

How did Dickens expand the English language? 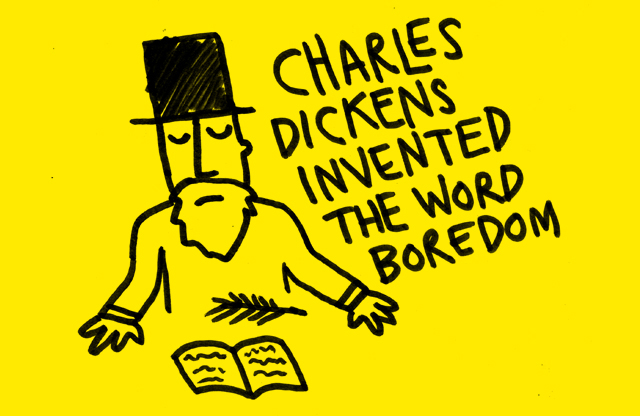 A mong the 9,218 quotations from {Dickens’}works in the OED, 265 words and compounds are cited as having been first used by him in print and another 1,586 as having been used in a new sense. from  The Words of Dickens Like Shakespeare, Charles Dickens popularised words which were previously unused or obscure. ‘Dustbin’ was in existence before  Dombey and Son,  for example, while   ‘boredom’ precedes  Bleak House. Dickens was also one of the first writers to employ popular slang. His first novel  The Pickwick Papers  (1837) introduced  butter-fingers  (“a clumsy person”),  flummox  (“bewilder”).  Dickens specialises in vivid onomatopoeia: I was flummoxed by that exam question. H e also uses existing words to create new ones - often converting adjectives to nouns:  messy   to   messiness  and   creepy   to   the creeps  (see below). What! Don’t you know what a sawbones is, sir?’ inquired Mr. Weller. ‘I thought everybody know’d as a sawbones was a surgeon.’  — Charles Dickens,  The Pi
Location: Bristol, UK
Read more
More posts