Showing posts from May, 2012
Show All

What is the difference between fiscal and monetary? 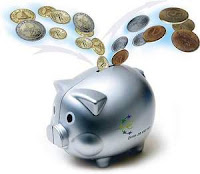 When economists talk about fiscal policy they are referring to raising and spending taxes. Monetary policy is what central banks do to control the amount of money in an economy. Normally they do this either raising/lowering interest rates. Raising interest rates restricts the amount of money circulating and should reduce inflation. Lowering interest rates encourages expenditure as there is more money available. But as everyone know these are not 'normal' economic times. Interest rates in the advanced western economies have fallen to close to zero - but the recovery remains this. To counter this some central banks have introduced something called quantative easing .  Put simply means pushing more money directly into the economy via the banks - see here for more details.
Read more 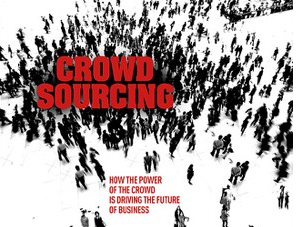 We figured that consumers would be the best judges for us ... designers  submit ideas and then asks customers to vote on them. Only the top vote getters are offered for sale . Crowdsourcing is the marketing equivalent of 'asking the audience' in a radio show.  The first use of the term  crowdsourcing  is usually attributed to a  2006  Wired  magazine article "The Rise of Crowdsourcing by Jeff Howe. Howe argued that the rise of cheap consumer electronics means that 'the gap between professionals and amateurs has been diminished'. Now companies can tap the knowledge of an informed public: "It’s not outsourcing; it’s crowdsourcing." Interestingly Steve Jobs took the opposite approach, often quoting the apocryphal Henry Ford's line, "If I had asked people what they wanted, they would have said faster horses." As the joke goes: Q. 'What's the Apple version of a focus group? A. The left side of Steve Jobs' brain talking to the righ
Read more

Which eight nations do not have 'official' language?

According to Henry Hitchings new book Language Wars there are only eight nations which do not have an official state language. Can you guess what they are? Here's a clue to help: three of the countries are in Africa and two in Europe. Two are very surprising! Answers in the next post
Read more
More posts