Showing posts from February, 2015
Show All

Words most looked-up in dictionary? Holistic 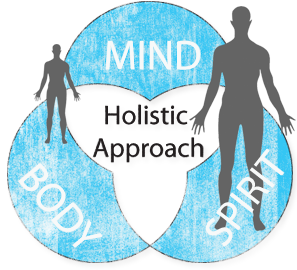 holistic həʊˈlɪstɪk,hɒ-/ adjective PHILOSOPHY characterized by the belief that the parts of something are intimately interconnected and explicable only by reference to the whole. MEDICINE characterized by the treatment of the whole person, taking into account mental and social factors, rather than just the symptoms of a disease. Etymology:  1939, from   holism   +   -istic .   Holistic medicine  first citation  1960. Related:   Holistically A classic example of a neologism that has crept from academic obscurity into the mainstream. Though proponents of holistic medicine claim the practice has roots in ancient Chinese philosophy, term first appeared in print during the year of President Kennedy's election. The flowering (!) of the New Age movement in late 1960s created increased an interest which has grown exponentially in recent years. Holistic  is often used to describe the aspiration to psychological well-being and is associated wi
Read more

What is a bailout? Where does the word come from? 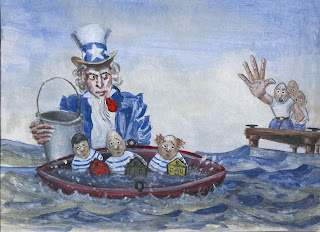 Bailout  has become closely associated with the idea of financial rescue -  to bail out the Greece etc.   But the word has many subtle usages - and two spellings! 1.  bail/bale  is to abandon abruptly as in making an emergency exit from an aeroplane in a parachute.  2.  to bail out  is to remove water from a leaky boat. 3. It is now more common to use  bail   in a figurative/metaphorical sense: The minister has bailed on the government's housing policy ( announced his opposition) . The pilot bailed out The actor bailed on the script  (stopped reading his lines with any show of conviction)  4. 'Bail out' is also used metaphorically but usually with a closer connection to the literal meaning:  The pilot bailed out of his plane. 5. The noun is sometimes spelled as one word:  bailout. 6.   Bail or   bale  - the spelling is disputed but  bail  is probably used more frequently. Both spellings are allowed by most dictionaries.  A version of this pos
Read more

Irish English: What is a yoke? 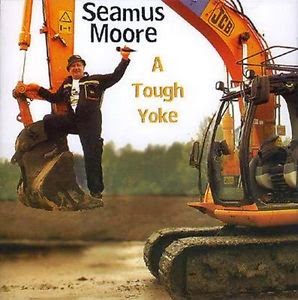 Y oke (slang/noun) -  1. an unflattering reference to unspecified thing or person.  2. any   device,   unusual   object,   or   gadget:   where's   the   yoke   for   opening   tins? . Mystified by this title. I always understood yoke to be a word you used dismissively What the hell is that yoke for? One of my favourite Irish words. Monosyllabic, irreverent and triumphantly refusing to accept the official label given to somebody or something. All that is best (and perhaps worst) in the national character.
Read more

What is a troll?

Twitter CEO: 'We suck at dealing with abuse ' An internet troll is someone who posts malign comments online. The intention is to insult or ridicule a group or individual.  Where does the word come from? The etymology is complex -  there are trails to an old French hunting term  troller  and a norse one describing a mythological monster.  Why did troll catch-on online? The Internet use of troll  probably derives from a slang term used by US naval pilots in the 1970s -  see here . So trolls just insult people for fun? Trolling can simply consist of crude abuse but some self-confessed trolls pride themselves on their cunning attacks on their victims. One strategy is to join a group under false pretences and then goad genuine members of the group with ridiculous, provocative or abusive comments.  Are they just an unpleasant nuisance? Sometimes trolling can have a sinister impact Jojo Moyes revealed in an article in the Daily Telegraph Trolling - posting inf
Read more

Irish English: to give out about someone or something?

3.  Give out  in Ireland commonly means to scold or complain: You can give out to someone, or just give out. It’s often intensified in different ways, e.g.  He was  giving out stink to them . (phrasal verb) From Stan Carey's fun list How is it used? I heard this a lot - sometimes as a warning to drop a contentious subject 'Will you quit giving out about that now' - more often in amusement 'well he would never stop giving out about how much the loved the job - then one day he didn't turn up for work and that was the last we saw of him ....
Read more
More posts