How many French words are there in English? 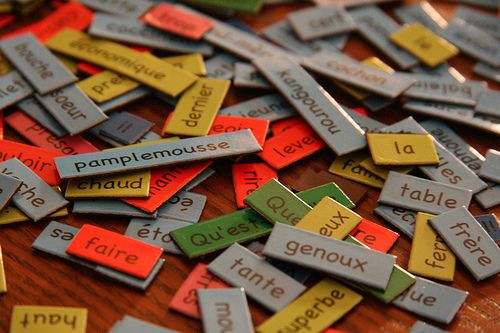 Why are bilinguals 'smarter'?

Because they exercise their brains more - at least according to a recent New York Times article: It forces the brain to resolve internal conflict, giving the mind a workout that strengthens its cognitive muscles. Full article Incidentally, in British English 'smarter' usually refers to personal appearance rather than intelligence. .
Read more

What is Liar's Poker? 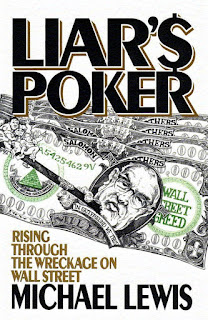 Michael Lewis Liar's Poker opens with the description of a famous wager made on a Wall Street trading floor in 1987. The CEO of the (soon to be bankrupt Salomon Brothers approached his star trader with an outlandish challege, 'One hand, one million dollars, no tears'. The 'hand' or game he was referring to was 'liar's poker (aka 'cheat' or 'spoof'in the UK). It involved no playing cards but a combination of statistical calculation and bluffing (convincing your opponent of a falsehood). Players hold random dollar bills with close attention to their own bill serial number. The objective of the game is to bluff the opponents into believing that your bid does not exceed the combined sum of all of the serial numbers... The game requires great mathematical skill because the probability calculations are extremely complex. But even more essentials is a 'poker face', the ability to lie convincingly. if one player bids three 4s, he
Read more

What is a social conservative? 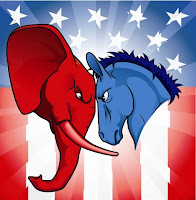 In US politics, social conservatives are what are sometimes described as 'values voters'. They are predominately evangelical Christians (George W. Bush for example) or conservative Catholics (Rick Santorum in the current Primary process. Key issues include abortion (they are Pro-Life or anti abortion) and - in recent electoral cycles - gay marriage. Though in the past they were often found amongst Democrats in the southern states, they are now overwhelmingly associated with the Republican party. Not all Republicans are social conservatives - John McCain and Rudy Gulliani being recent exceptions - but no serious candidate can afford to alienate this wing of the party.  The core voters of each party are known as the  base . In the primary, or presidential candidate selection process, candidates appeal to base by emphasising their ideological convictions. This can clearly be seen in the current Republican primary where the three major candidates, Romney, Santorum and Gingr
Read more

What is 'the House' in American politics?

The American political system has three centres of power: the President and the two chambers in the American Congress the -  Senate  and the  House of Representatives . 'The House' is the bigger body because congressmen are elected at a local level while the Senate consists of two senators from each State. At present the Presidency & the Senate are controlled by the Democrats. The Republicans have a majority in the House. Legislation has to pass from the House to the Senate and finally to the President.  Because the two main parties (the Republicans & the Democrats) have major philosophical differences ( listen to a short explanation here ) most legislation is contested . Basics of American Politics (14th Edition)
Read more
More posts