Showing posts from November, 2013
Show All

Who invented the word boredom? 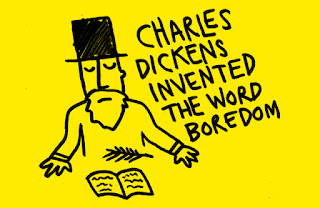 boredom (n.)   "state of being bored," 1852, from   bore   (v.1) +   -dom . It also has been employed in a sense "bores as a class" (1883) and "practice of being a bore" (1864, a sense properly belonging to   boreism , 1833). The first recorded use of the boredom is in Charles Dickens Bleak House   where it appears six times. After Shakespeare, Charles Dickens has been the most influential writer in the English language. One area where this influence is most strongly felt is in the area of vocabulary. Perhaps his most crucial role has been in popularising words which were previously been obscure. 'Dustbin' was in existence before ' Dombey and Son'  and  boredom  precedes  Bleak House -  but without these novels they may not have come into common usage. Teaching  A Christmas Carol ?   Use coupon code CQDWKF0 to download A Christmas Carol Teaching Pack  for only £1.99 Amazon.co.uk Widgets
Read more

Who invented the word chortle? 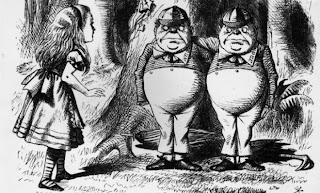 Louis Carroll's 'Through the Looking Glass' (1872). To chortle is to a laugh at something which amuses or pleases you. It suggests a combination of the sound of chuckling (with amusement) and snorting (with derision). Other Louis Caroll words and phrases in common use include: jaberwocky and galumping  but, perhaps surprisingly, not mad as a  hatter . English Language 100 FAQ Teaching Pack     -  only £1.99 using discount code  CQDWKF0
Read more

When do we give a 'heads up' to someone? Why? 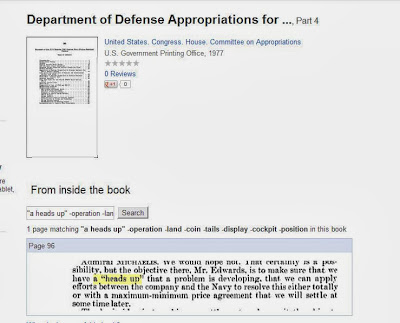 When we wish to inform someone about the details of a particular theme, topic, item or person - I'll give you the heads up about the new policy. The idiom   appears to have a military origin -  a heads up indicating that an important announcement was pending. An early citation for the contemporary use of 'heads up from 1977 Early use in the late 1970s stressed the importance of the information supplied: "In a message characterized as a 'heads up alert', intelligence officials warned ... that Arab diplomats had suggested that Ambassador Andrew Young meet with a Palestine Liberation Organization official."  The Washington Post , August 1979 In recent years, however, 'to give a heads-up' has become synonymous with the less glamorous 'inform' English Language 100 FAQ Teaching Pack     -  only £1.99 using discount code  CQDWKF0
Read more
More posts