What is the difference between inflation & deflation?

Put simply, inflation is when prices rise. The result is that money loses its value.  Deflation is when prices go down and money increases its relative value.    Financial historian Amity Shales summarises the issues Deflation ... hurts good people, strivers who over-borrow. {It} can cause depressions, as the U.S. saw in the early 1930s ... In the Great Depression, there wasn’t enough money around -- literally. Lacking cash, banks collapsed, and good people did lose homes or farms. More banks collapsed. { But }..... Deflation doesn’t always spell apocalypse. It can coexist with prosperity -- or even perpetuate it. There was deflation in the 1920s. Prices fell in 1923, and 1925 through 1928. The money shortage hit one sector, farming, hard.   Overall, the economy grew. Unemployment stayed low. Vigilance on inflation kept prices stable. Stable prices made life easier. For example Harvard’s tuition stood at the same level, $150, between 1870 and the beginning of World War II.
Read more

What is a hipster? Key hipster words? 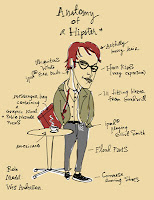 According to the Urban Dictionary , hipsters are:    men and wom en typically in their 20's and 30's {who} value independent thinking, counter-culture, progressive politics, an appreciation of art and indie-rock, creativity, intelligence, and witty banter. Sounds flattering - what's not to like about  ' creativity, intelligence, and witty banter'? And yet 'hipster' is a label nobody wants to claim .  Associations with the word hipster have subtly changed in recent years. Originally the term was relatively neutral and descriptive. By the 1990s it had become pejorative: being a hipster indicated  pretentiousness and self obsession. The satirical magazine The Onion drew on this feeling for their brilliant headline   'Two Hipsters Angrily Call Each Other 'Hipster!' Why the change? Perhaps a clue lies in the nearest British equivalent: 'poseur'. In the English-speaking world there is a deeply ingrained cultural suspicion of those
Read more

What is a MOOC? 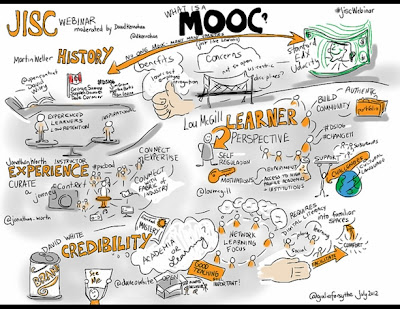 A MOOC is an online course with open enrolment and no fees. MOOCs are now offered by a variety of educational providers including some of the best universities in the world, including Stanford & MIT.  MOOC advocates see the movement as offering the chance to give poorer/more remotely located students access to the best available education - see here . For a view on how this might impact on the future of university education - see here  & here
Read more

How did The Bible change the English language? 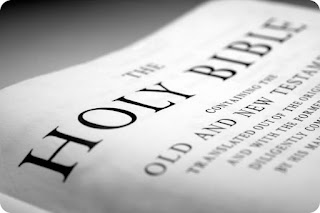 What is 'nudge' theory?

'Nudge theory' comes from Richard Thaler/Carl Sustein book  Nudge: Improving Decisions About Health, Wealth, and Happiness .  It is based on the idea that we are inherently lazy and tend to take the default option in most circumstances. The 'nudge' is to gently push us in the right direction for our benefit or the general good. One example would be making automatic kidney donation the default - you would need to carry an 'opt-out' card. The central question, however, is who is doing the nudging? The government? If so, do you trust them to look after your best interests? Interesting discussion of the issues in this BBC Radio show Analysis .
Read more 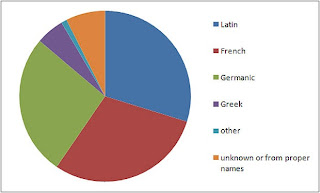 The number of loanwords in the English language is unusually large. English vocabulary borrows heavily from other languages, particularly Latin, Greek and French. See below for how this reliance on foreign words evolved. Loanwords are an important feature of English. They do not, however, affect the structure of the language. An English speaker may use the word ballet but he will not say a dancer of ballet ‚ as you would in French. A few imported terms retain their original syntax. The United Nations has a secretary general while the chief officer of the English legal system is the attorney general . But these are rare exceptions. Worksheets on the use of loanwords in English are included in the  English FAQ Teaching Pack   Use coupon code CQDWKF0 to download English FAQ Teaching Pack  for only £1.99
Read more
More posts