What is a Birther? And a Truther? 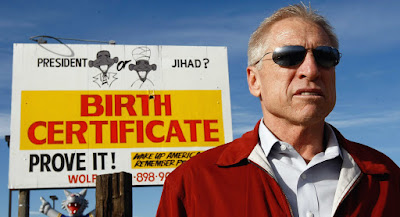 Birtherism and Truthism are two of the most tenacious contemporary conspiracy theories.

What is the 'birther' theory?

The 'birther' movement insists that Barack Obama was not born in Hawaii as he has stated - but in Kenya. This is popularly (though incorrectly, see here) believed to make him ineligible to be US president.

Some allege that the story can originally be sourced to Hillary Clinton confidant Sydney Blumenthal during the 2008 primary campaign but it remained largely on the fringes of the right until it was famously taken up by one Donald J Trump in 2011.

Trump repeatedly alluded to 'doubts' about the validity of the published birth certificate until finally conceding that “President Barack Obama was born in the United States, period' this month

What is Truther theory? 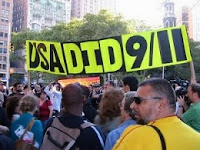 Truthers allege that the official version of 9/11 is a cover story for a conspiracy. The exact nature of this conspiracy varies but usually a involves some or all of the usual conspiracy-theory suspects: Big Business, Big Oil, Dick Cheney, the FBI, the CIA, Israel, the Bilderberg Group.

Variations on truther theory are still publically expressed. British celebrity Russell Brand  declared on BBC Newsnight that he has 'an open mind' about the 9/11 attack on the Twin Towers. He was alluding to the claims of the so-called 'truther' movement which emerged in the early 2000s.

But we know what happened on 9/11, don’t we?
'Truthers' question dismiss all the known evidence and suggest wildly improbable alternative theories. (See here for a comprehensive and systematic rebuttal of the main Truther claims.)

Were there conspiracy theories before 9/11?
Extreme scepticism about 'official' history has a long history in the USA. It gained momentum after the Kennedy assassination with the rise  - of  'second shooter' theories etc.

The Watergate affair then appeared to give legitimacy to a cynical interpretation of the behaviour of the US Government and its agencies.

Ironically, it has been the brutal reality of terrorist atrocities that has undermined the Truther movement. Whatever Americans feel about their politicians, few doubt that there is a live and present danger to their security.