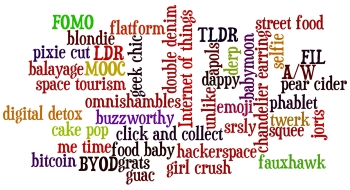 According to new research, the English language has doubled in size over the last century and continues to grow 'by 8,500 words a year and now stands at 1,022,000 words.' This growth is accelerating:

Are all these new words in the dictionary? 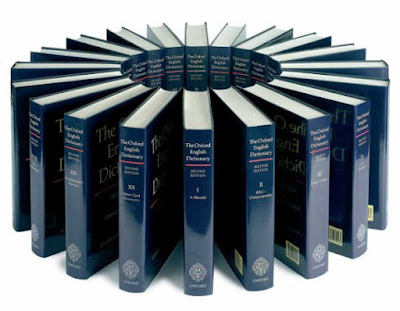 English does not have an equivalent version of the Académie française. The only official recognition comes with an entry in the Oxford English Dictionary (OED). Interestingly, much of this new vocabulary has not been formally recognised.

Nearly half of the new words are not included in any dictionary and are dubbed lexical "dark matter". They are either slang or invented jargon.

Why does the OED restrict the words it accepts?

Because there are so many words in English! The OED is already more than three times bigger than the equivalent dictionary for any other language.


In a post for the BBC Learning English blog I wrote:

Where are we going to put them all these new words? I asked myself, looking at the 20 volume, 650,000 word complete Oxford English Dictionary (OED) on the shelf behind me. Even the comically misnamed Shorter OED is two very fat volumes.

The OED has now come up with a solution - it's gone exclusively online! That will certainly save library shelf space but are we losing something?

Listen to the editor of the OED talking about the online version here.  Visit OED Online.
More about the number of words in English here.
English Language Digital Teaching Pack (£1.99)