What is a smoking gun? Where does the phrase come from? 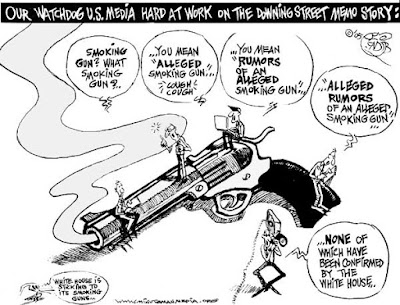 
We rushed into the captain's cabin . . . there he lay with his brains smeared over the chart of the Atlantic . . . while the chaplain stood with a smoking pistol in his hand.

New York Times columnist William Safire identifies the first contemporary use as during the Watergate scandal in 1974. The phrase was then heavily used in the controversy regarding chemical weapons in Iraq.

The Adventures of Sherlock Holmes