What is crowd sourcing? What did it allow Star Wars fans to do? 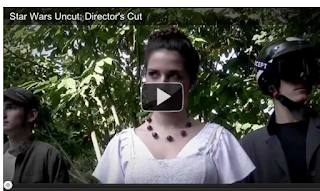 Crowd sourcing is the equivalent of 'asking the audience' in a radio show.  And there is no keener audience than die-hard Star Wars devotees. One enthusiast asked fellow-fans to recreate scenes from the film and has now